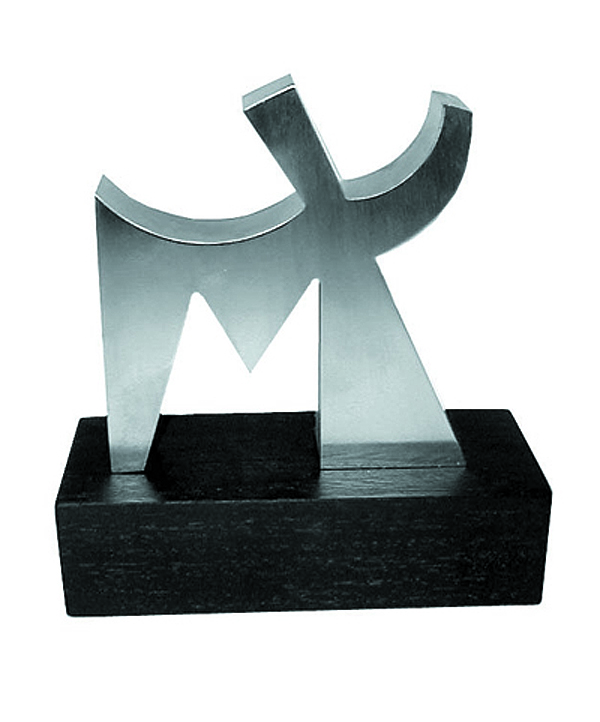 In 1999, The University of Minnesota launched a capital campaign for the expansion of its Frederick R. Weisman Art Museum. A new wing, the University Gateway, was slated for construction in order to increase the dramatically designed gallery space. It now boasts many works from the bequeathed estate of modern artist Charles Biederman, as well as those from other 20th century masters.

The Museum commissioned Ahlers Designs to create a scale model of the Charles Biederman “M” sculpture as a tribute to its premier benefactors and in honor of the Biederman collection.

Measuring approximately 6” high, the abstract and bold statue was cut from 1” thick stainless steel, brushed with a satin finish, and mounted on a sleek black wood base. The result is a timelessly elegant ode to excellence through the arts and a joyful reflection of influential history.